what clients say about sandra

"For years, in the back of my mind, I always knew I’d write a book ‘someday’. Meeting Sandra was all it took to make someday today! Her instincts for coaching are 100% on point. She is able to bond with her clients on a deeper level, bringing out their personal best in the most effective way.  She helped me connect to my higher self to get the most profound work from me, clearing blocks and fine-tuning my direction. When I needed a nudge, I could count on Sandra’s skill to keep me on track. She is very fun to work with! I highly recommend Sandra."

Sandra began her “hyper- prolific” career as an actress, singer/songwriter, writer, and director  in New York in the 1980s. She began teaching in 1986 at The National Shakespeare Conservatory and has taught acting, improvisation, movement, voice and writing at universities and conservatories across the country.  She has chaired departments, developed curriculum, and coached teachers on the art of teaching. the 1990’s Sandra began teaching children with special needs, which lead to creating cutting edge interactive programming and scenario based training programs in school districts in New York, New Jersey, Wyoming, Utah, Iowa, Oregon, Washington, and Idaho.

In 1997 Sandra founded The New Heritage Theatre Company, A professional resident repertory company and school, under the patronage and mentorship of Anthony Hopkins and Olympia Dukakis. In her 10 years as Artistic Director of TNHTC, she received multiple educational, community service, and artistic awards, including the Governor’s Brightest Stars Award in 2006.   Sandra has directed over 100 professional stage productions as well as events like The Special Olympics World Winter Games “Share the Magic” extravaganza, starring Henry Winkler, and the unprecedented Dalai Lama’s Children’s Day event in Sun Valley, in 2005.

An entrepreneur and business consultant, Sandra has founded a number of innovative startups, including co-founding Silverdraft LCC in 2007, which introduced cutting edge visualization and virtual production technology to the entertainment industry.  In 2011, Sandra was named one of the Idaho Business Review’s, Business Women of the Year.  Sandra is currently CEO of Miracle Film Group.

Sandra is perhaps at her most prolific when writing. She has written thirty-five plays (full-length, one acts, educational, and children's plays) that have been produced in regional, university, and community theatres, across the country. Sandra’s innovative and interactive “RESPONSE” plays, toured Idaho school’s for 7 years through the State Dept of Ed. and received numerous arts and education awards.  A collection of Sandra's children’s plays ‘The Ohana Plays’ are being published next year.  She also writes scripts for film, tv, video, and radio. Sandra's feature length screenplay Fault Line won Best Feature Screenplay at  The  2015 Austin Revolution Film Festival.  The feature film adaptation of her play "AVATARA" (written and directed by Sandra Cavanaugh) is set to be released in the Summer of 2018.  Sandra is a member of both the Writers Guild of America West and the Dramatists Guild. Also a prolific singer/songwriter, Sandra's inspirational album "Let Go" with partner Rex MIller can be found on Amazon, iTunes, Spotify, and Reverbnation.  Her next album of inspirational music is set for release in 2018.

Sandra is the mother of four amazing daughters Brittni, Andi, Maria, and Shelly.  She is a deeply passionate advocate for children’s issues including; education, imagination and creativity, FASD, Autism, RAD, Foster Care, Adoption, Parenting, and at-risk youth.  Sandra loves to volunteer and support children, families and community whenever possible. She has served on a number of boards including  She has served as President of the Board of A New Beginning Adoption Agency, as Vice Chair of The Meridian Arts Commission, and has served on the boards of; IPUL Creative Access Art Center, The Meridian Mayor’s Anti Drug Coalition, Community Youth Development, The Aquarium of Boise, The Iowa Children's Museum, The Regional Council on Children’s Mental Health, and The Northwest Playwrights Guild.

Sandra holds an MFA in Directing from the University of Iowa, where she was an Iowa Center for the Arts Fellow and a member of the prestigious Iowa Playwrights Workshop.  Sandra is a graduate of The National Shakespeare Conservatory as well as The National Theatre Of Great Britain's Pilot Acting Program. She received her bachelor's degree in Theatre from Boise State University.

Sandra is author of

I wish I could give every writer the gift of Sandra Cavanaugh. Her encouragement, insight, and perspective have been invaluable in shaping my debut memoir into something that reflects my authentic voice. What I love most about Sandy is that she comes with no agenda except drawing out the best creative me that I can be.

"Sandra is dynamic, supportive, and innovative in her approach when working with students with and without disabilities. She believes in every child, and she believes in helping them to discover their strengths and reach their full potential. Time and time again, they rise to the occasion. She is amazing in all she does, and we're very lucky to have her in our midst!"

"As an event organizer I couldn't have asked for a more knowledgeable, interactive, and empowering speaker than Sandra Cavanaugh. It was truly an honor

to have her level of expertise at our event!"

the potential of her students and in doing so,

she is able to inspire the hard work and confidence necessary for success."

"In knowing and working with Sandra Cavanaugh

for over ten years, I simply cannot fully articulate

the depth and breadth of her creative talents.

But I can say; that I have witnessed Sandra's work in numerous circumstances, including creativity seminars for professionals, workshops for attorneys in Improv and Status Interactions, a keynote for adoptive parents and caregivers, an advanced acting class, and residencies working with high school students with special needs

(taking them from the classroom to the Kennedy Center),

and I am always amazed at her ability to fully engage each and every person, inspiring and empowering them 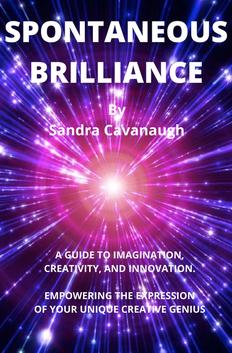 "Sandra brings so much passion and vision with her to each session.  The breadth of content she is capable of teaching never ends. She was born to teach and has the tremendous skills and strategies to help clients bring every project to a brilliant, colorful life. She is able to personalize every session by using her impeccable intuitive abilities and gives each student/client what they need in the way they need to hear it."

"You know what I love about Ms. Cavanaugh?

is anything that these students can’t do.